Originally from Ukraine, Sergey Zayika began riding at the age of 12. In 1998, Sergey moved to Canada where he began teaching and riding for a local riding school in Montreal. Shortly thereafter, Sergey enrolled in an extensive equine science program in Quebec, furthering his expertise and education in training, riding, veterinary study, farriery, and more. After finishing his studies, Sergey went to work at W Charlot Farm, a large, highly successful breeding facility near Toronto and the 2015 Equine Canada Breeder of the Year. This facility was also the USEF leading breeder from 2004-2013, 2016 and allowed Sergey to expand and acquire the breeding knowledge he has today. 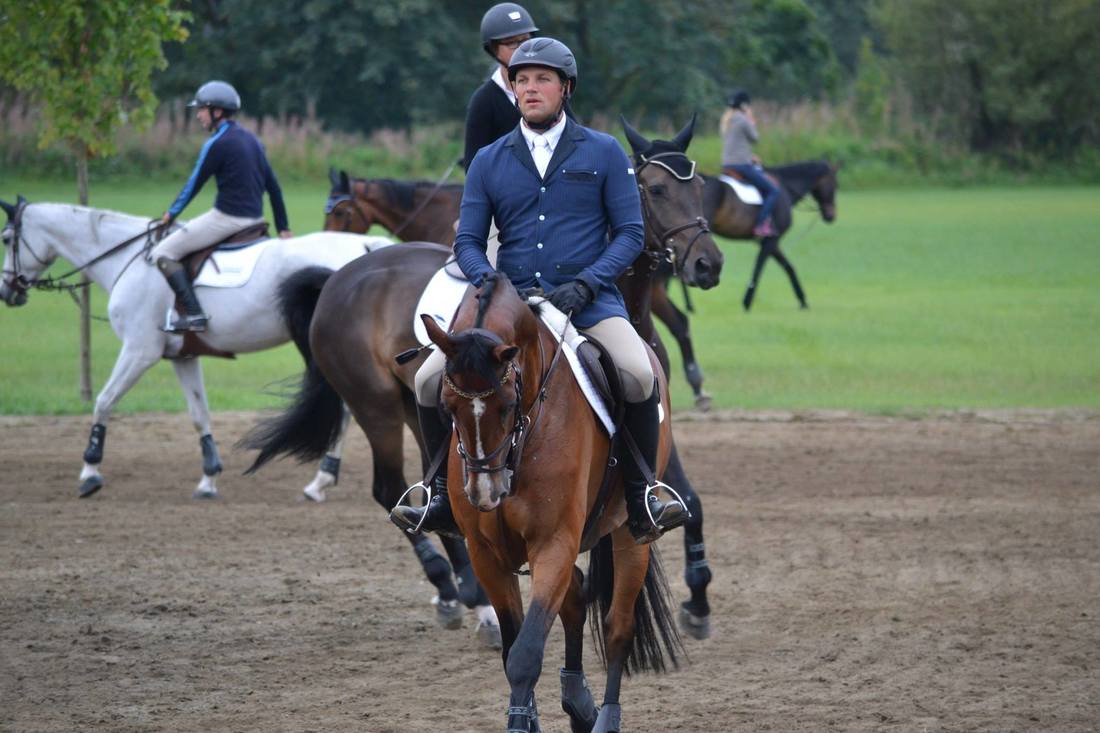 In 2004, Sergey moved to Calgary, AB, to begin working at Spruce Meadows. It was there that he started his professional show jumping career under the training of Albert Kley. Sergey spent 12 years working for Spruce Meadows, training and showing horses of all ages and levels, as well as managing the breeding program, stallions, and the overall horse program. He also had the opportunity to compete in Germany and Holland.

In 2013 and 2017, Sergey travelled to China to help train some young horses and also promote the horse industry. He then competed in China at the Equuleus Riding Club in Beijing.

In 2016, Sergey spent time working with Canadian Olympian Lisa Carlsen and Dayton Gorsline before joining the Zeidler Farm team in 2018. He then decided it was time to launch his life long dream of starting his own business here in Calgary. Take Off Equestrian has been in operation since January 2019.